The attorney of a former Franklin Regional School District student accused of launching cyber attacks in 2016 that affected local school districts, the Catholic diocese and Westmoreland County government has asked the court to suppress evidence in the case.

According to court documents, Michaela King, 19, of Murrysville is charged with unlawful use of a computer and intentionally causing a disruption of a computer system while she was a senior at Franklin Regional. 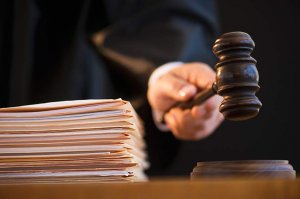 She is awaiting trial in Westmoreland County Court in Greensburg.

Authorities have accused her of launching three attacks on Franklin Regional’s computer system using computers at the district high school.

At least one other attack originated from a personal device, such as King’s cellphone or computers at her family’s home, experts reported.

The evidence was obtained by Murrysville police and a Franklin Regional computer consultant.

King’s attorney, David Shrager, claims the consultant violated state and federal laws governing computer use and warrant requirements when he accessed King’s computer account cached on school machines, as well as her internet history and her Google account history on her personal devices.

“These actions constitute a search, as the defendant had a reasonable expectation of privacy in her cached and online information,” Shrager stated.

Shrager also argued that evidence seized by Murrysville police and incriminating statements made by King should be suppressed because of alleged shortcomings in associated search warrants and violation of King’s Miranda rights.

Shrager said identical affidavits of probable cause police used to obtain two search warrants — one for her family home and the other for devices on her person or in her school locker — mention only King’s alleged use of school computers to disrupt internet service.

He said they “do not speak to other devices that Ms. King may have owned or used, her residence, or her having and utilized a school locker.”

Police confiscated eight personal computers, tablets and laptops from King’s residence as well as her cellphone.

He said the subsequent searches and seizures violated King’s Fourth Amendment rights and that “all subsequent statement and evidence discovered are fruit of the illegal seizures and searches and must also be suppressed.”

Shrager said when King was questioned by police at the high school office on Nov. 16, 2016, it constituted a custodial interrogation, although an officer told her she was free to leave.

Shrager said officers questioned King without sufficient probable cause and didn’t warn her of her Miranda right to remain silent.

He argued that statements she offered were “made under undue influence” and after execution of an allegedly illegal search warrant and, therefore, weren’t voluntary.

Solicitors for Murrysville and Franklin Regional could not be reached for comment.

According to court documents, investigators said experts told them King used the program BetaBooter to launch Distributed Denial of Service, or DDoS, attacks. Such an attack generally overwhelms a targeted computer system with external communication requests and disrupts legitimate traffic.

Though Franklin Regional’s system was targeted, the attack also affected other organizations that use the Westmoreland Intermediate Unit as their service provider, investigators said.