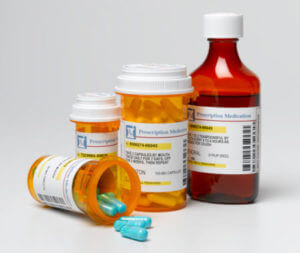 Driving Under the Influence of a Controlled Substance / Drugs, or DUI-D, in Pennsylvania is a very serious offense. PA follows a “per se” law, which means any drug on a specific list is an automatic DUI charge in the Highest Impairment Tier (a BAC of over .16%). This holds the same penalty as being caught driving while high on marijuana, heroin, cocaine or any other illegal controlled substance.

This means that a first DUI could mean a one-year license suspension, up to six months in jail (a minimum of 72 hours in jail), and a fine up to $5,000.

Regardless of whether the drug was obtained illegally, prescribed to you by a doctor, or something you bought at the local drug store, you will face the highest penalties under the law.

But just because you have been arrested for a DUI does not necessarily mean you will be convicted.

A DUI Drug charge is not a conviction.

Don’t be scared. Be prepared.

Knowing your rights and having an experienced and aggressive Pittsburgh DUI Lawyer on your side is a first step in combating your charges and fighting for a clean record.

Let Shrager Defense Attorneys help you fight for your rights. A skilled attorney could make all the difference as to whether you receive a conviction or not. Call or text Attorney David J. Shrager today for a free legal consultation.

A 2016 ruling by the U.S. Supreme Court may impact your DUI case – Read more about the recent Birchfield Ruling or call Attorney Shrager today for a Free Consultation.

BEING CHARGED WITH DUI PRESCRIPTION DRUGS / MEDICATION IN PA

Many people who are arrested for DUI Drugs did not even realize the medicine they took could impair their driving. Many anti-depressants and medicine to help people sleep can fall under this category.

If a police officer thinks your driving was impaired – maybe simply because you didn’t turn on a blinker or made a slight driving misstep – you could receive a DUI Drugs / Controlled Substance instead of a simple moving violation. In these instances, when people’s reputation and livelihood are on the line, it is best to fully understand what you are up against.

At Shrager Defense Attorneys, we will do our absolute best to help you keep a clean record.

Our legal team is very understanding and treats every case as if it is our most important case — because it is. The minute you hire our legal team, you can stop worrying — we will do our absolute best to prepare your case and take an aggressive approach in defending your rights.

If you have been arrested for a DUI offense in Pennsylvania the first thing you should do is to call a Pittsburgh DUI Attorney for a free consultation.

Attorney Shrager is available his cell phone 24/7. Let him answer your questions.

PENALTIES OF A DUI DRUGS CONVICTION IN PENNSYLVANIA

If you are arrested for DUI Drugs, you will be charged in the Commonwealth’s Highest Impairment Tier, which is the same as having a BAC of .16 or higher. This is regardless of the amount of the drug found in your system.

In its effort to eradicate impaired driving, Pennsylvania has adopted very strict guidelines for driving with the use of a controlled substance. A controlled substance includes those you may have been prescribed to use on a daily basis, for a number of ailments, including, but not limited to: Xanax, Ambien, Prozac, Oxycodone and Valium.

If convicted of having any amount of these drugs in your system while operating a vehicle, you could receive:

This penalty is for a first DUI offense; the penalties increase if you have had a second DUI or receive a subsequent DUI.

If your license is suspended, you will have no way to drive to and from your place of employment. Or worse, you could be fired and seen as no longer trustworthy. The fines and increased insurance premiums you are likely to encounter could be crippling.

HOW WE CAN HELP FIGHT FOR YOUR RIGHTS

Unlike alcohol related DUIs, those involving prescription drugs often require expert analysis regarding the way a person metabolizes a drug and the tolerance acquired by a person who has been prescribed a drug for many years.

An experienced and reputable DUI lawyer will provide you with aggressive defense, legal guidance and resources to battle your charges. We will closely examine and investigate the details of your case, seeking out any missteps in the way the police handled your case. There may be a possibility to suppress evidence if dismissed.

In other instances there are alternatives to jail time, such as treatment programs and the Allegheny County ARD program for first time offenders. Oftentimes people need treatment more than they need a jail sentence, which harms not only them, but also their family.

A good DUI attorney could help facilitate this process in convincing the court that treatment over prison and costly fines will have a better outcome for everyone.

Attorney David J. Shrager is an experienced and aggressive Pittsburgh DUI attorney who understands the legal process and will help you understand your rights so that, together, we can defend them. He will examine your case very closely and use every possible strategy to win your case.

Attorney Shrager is available 24 hours a day / seven days a week) for a free consultation.

Shrager Defense Attorneys in Pittsburgh, PA will attack your criminal charges in order to protect your good name. Have a sound and solid case prepared by David J. Shrager and his legal team so they can fight for your rights.